I finally got my Steam Deck, and this article is my experience so far playing with it.

I finally got my Steam Deck after what seemed like forever. For those that wanna keep it short, I like it! 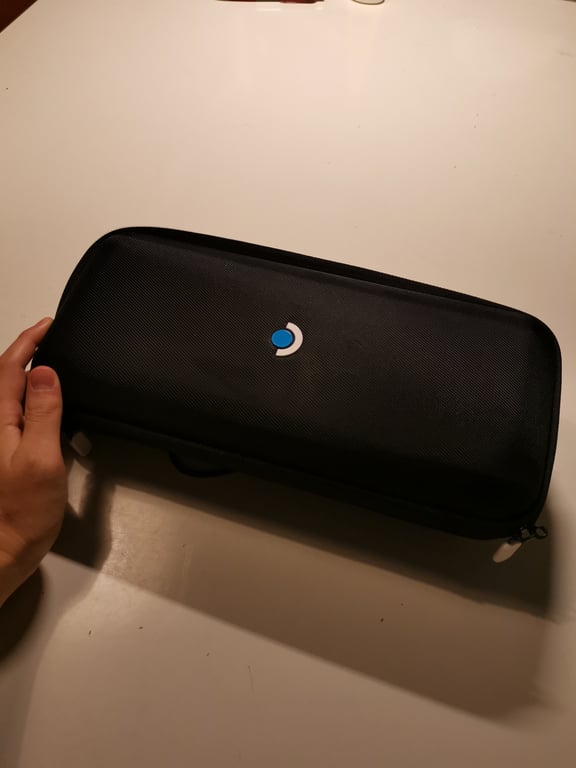 The first thing that I saw was the bag, which felt real nice and sturdy. It has a space on the back for shoving your charging cable inside. The inside is padded, and I can carry it with me, like a suitcase. I don't know when I'd only carry that single item with me, but it feels powerful. It's like I'm doing important stuff. 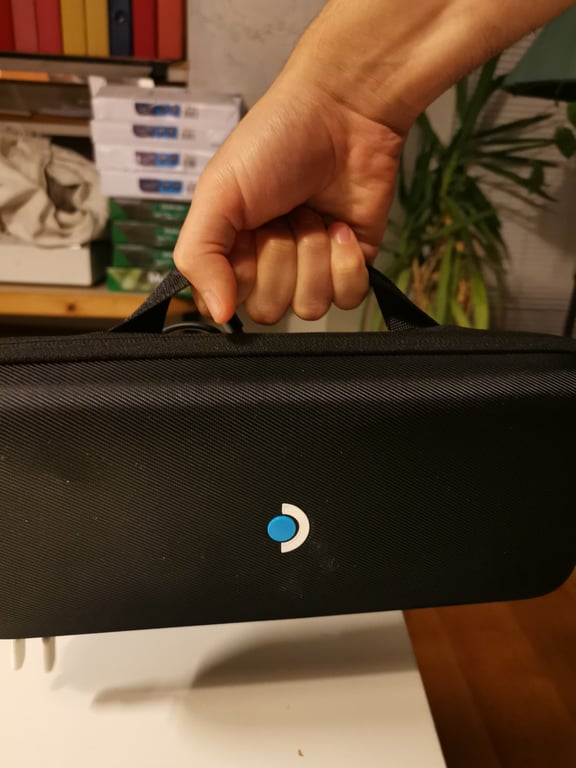 The first thing I did was boot up Elden Ring on it to try out the controller. However, I just got stuck playing and am now half-ways through the game. The way that I could just pick up the Steam Deck and start playing felt really good. It just felt Zen. What I love is that I can press the power button on the Steam Deck which essentially makes it go to sleep, and then start up at the same spot I stopped at. It makes it seamless between my gaming sessions. 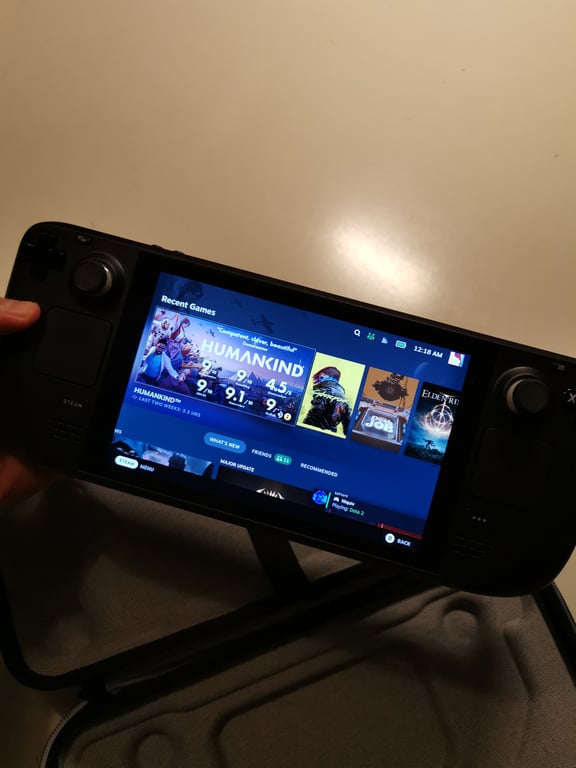 The few things that I did have issues with was the size, weight, and some buttons. The Steam Deck feels a bit too big for my small hands. Sometimes I have troubles reaching. It's doable but it's testing my limits.

However, when it comes to the letter-buttons then I feel like they're a bit too close, and I was constantly chugging my flasks by accidentally pressing the X-button when I wanted to only press the Y-button. It wasn't as much of a problem with the other buttons because I found the same functionality could be provided by the underside buttons. So I started pushing those instead with my pinky. It was weird, but kinda fun to utilize all my fingers. 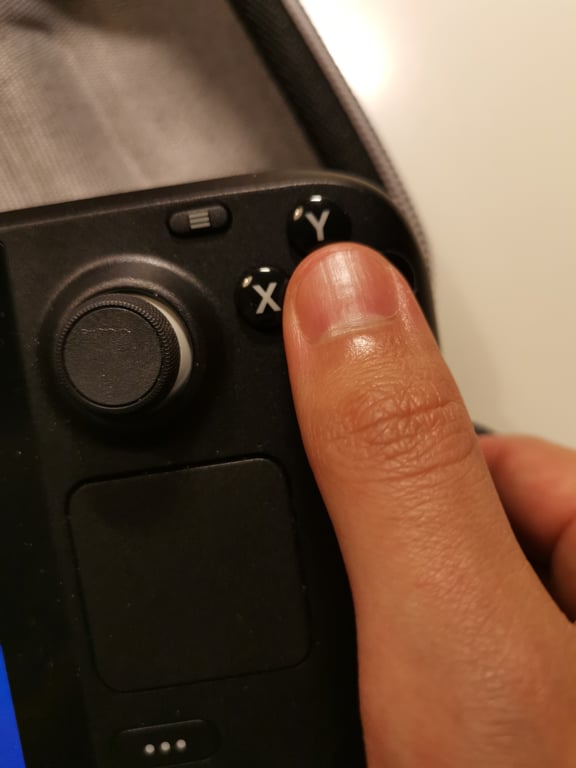 The weight of the Steam Deck does tear on my wrists, however. For comparison, it is about double the weight of the Switch. Which is something you really notice after some time of gaming. My wrists start hurting and I have to put it down. So, I've started to stretch and workout my wrists, and attempting to rest the controller on my legs as I'm playing.

I hate the Steam Deck for making me workout.

The back starts shooting out hot air when I've been playing for a while, but honestly it doesn't get too hot. 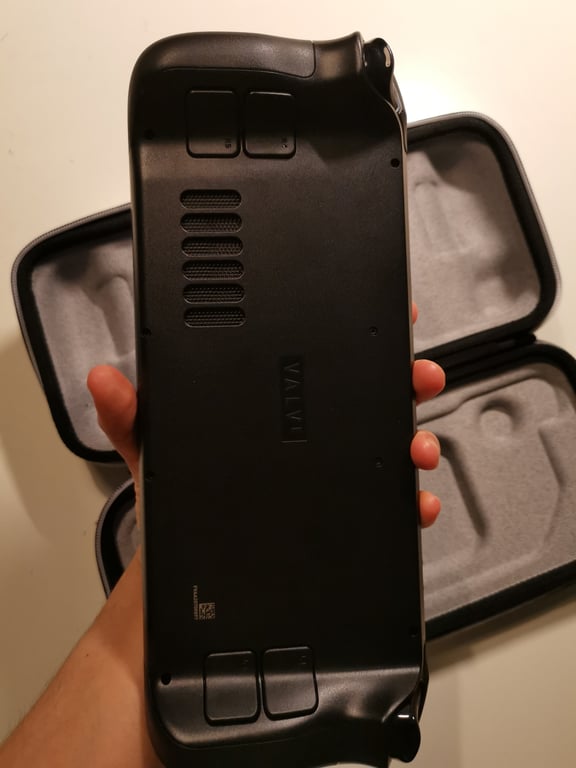 Lastly I want to give a shout-out to the sound. It's just great, so I haven't used any headphones or anything. I can't wait to play more things on it. And for games that normally are quite mouse-intensive to support this platform. For example, I'd love for some way to play Humankind on it without having to do fake-mouse controls.

All in all, loving it! Something that I'll probably bring with me a lot.